Two Men & A Vacuum Clean Up After Decorating for the Holidays 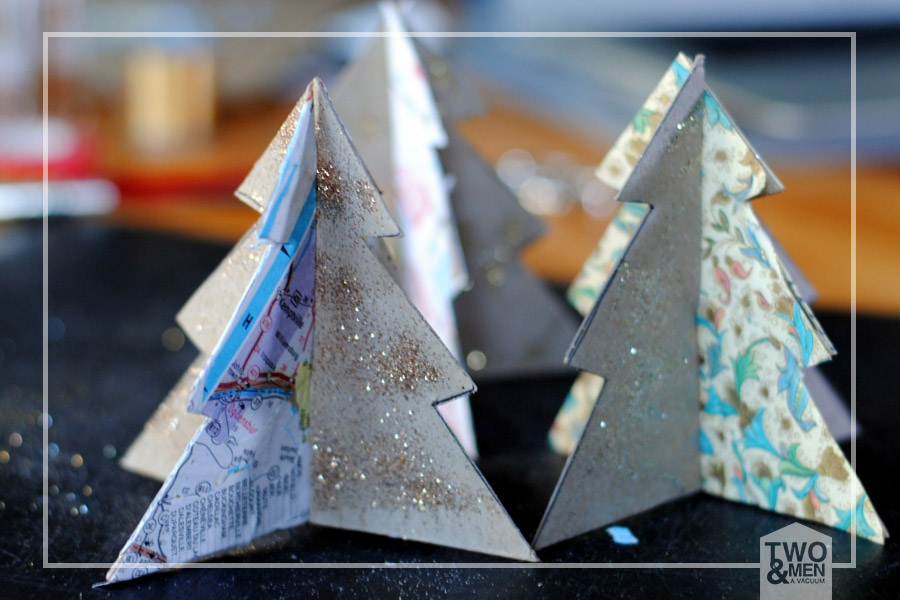 As Two Men & A Vacuum walked the early December streets, they noticed something unusual. Bits of tinsel rolled down the sidewalk, strands of colored lights lay in tangled piles, and glittering bits of broken ornaments sparkled from under bushes and cars. The neighborhood was a decoration disaster!

Two Men & A Vacuum approached one particularly beleaguered house and knocked on the door. A few moments later a woman in a gaudy Christmas sweater appeared with two children trailing behind. “What can I help you with?” she asked.

“Your decorations are lovely, ma’am, but we couldn’t help but notice all the bits and pieces that have been left behind,” explained Two Men & A Vacuum.

The woman looked outside the door and sighed. “We spent all day putting up the holiday decorations yesterday, but they just create such a mess! We were going to clean up some today, I swear,” said the woman.

Two Men & A Vacuum looked at each other. “Let us give you a hand. We’ve got some tricks that will transform this mess.”

The woman looked relieved and then surprised as they pulled lint rollers from their back pockets. “What are those for?”

“These? Well, you should never try to clean up tinsel with your vacuum,” they explained. “Not it you want it to keep working, at least. But these lint rollers will easily pick up all those shiny strands from any surface. Give it a try!” said the Two Men & A Vacuum, proffering the lint rollers.

The woman accepted the lint rollers and handed them to her children, who immediately set to work as their mother looked on. The tinsel quickly gathered on the sticky surface. “Gracious, that works so easily,” said the woman. “We would have been picking that up for days!”

“Just doing our job, ma’am,” said Two Men & A Vacuum. “Now let’s take a look at those tangled Christmas lights.” They picked up a mass of jumbled green wires and immediately set to work locating the plug and undoing the knots, quickly turning the tangled web into a neat roll of cord.

“How on earth did you do that so easily?” asked the woman, astounded.

“The trick is to start with the plug, you see,” they explained. “Let it guide you through the knots. But the best thing you can do is prevent these tangles from starting. Have you got any empty wrapping paper rolls?”

The woman pulled an empty tube from her recycling pile. “Will this work?” she asked, offering the tube.

“Perfectly,” said Two Men & A Vacuum. They set to work cutting a notch at one end, tucking the plug inside the tube and hooking the cord into the notch, then wrapping the string of lights around the tube. “If you store your lights like this, you’ll never need to worry about tangles.”

The woman looked relieved. “Thank you so much! You’ve been so helpful!”

Two Men & A Vacuum nodded. “It’s just what we do,” they said simply, turning and walking away down the slowly darkening winter street.