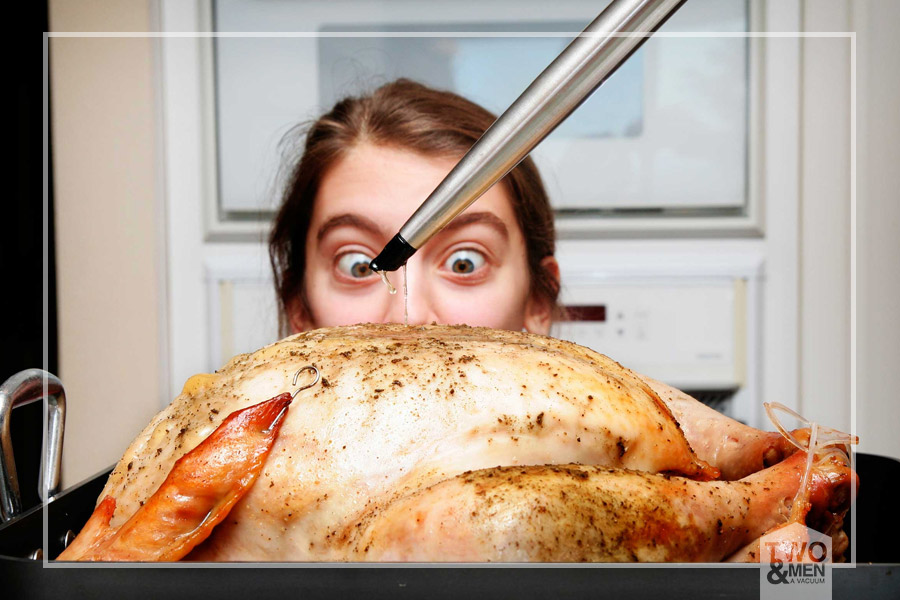 This is a familiar scene around the Holiday season. Pat had all her friends and family over for a lovely Thanksgiving dinner, and after preparing a huge meal of stuffing, turkey, potatoes and pie, she felt just about ready to be done for the season.

Unfortunately, there was a huge problem – her guests had left, and poor exhausted Pat was left all alone with the mess that they left behind. There were piles of dishes in the sink, the pots and pans from the feast were caked with grease, the oven was in desperate need of cleaning, gravy had been spilled on the floor, the guests had tracked mud into the living room, and the list went on.

What was poor, exhausted Pat going to do?

Just as she felt ready to give up completely, Pat remembered that there is always a solution for such an enormous problem as this. She decided she would call Two Men & A Vacuum, knowing that they can always come to the rescue!

She knew all about the wonders of Two Men & A Vacuum from hearing about the service from her sister, who had faced a similar ordeal when trying to clean up after her six-year-old son’s birthday party – what a disaster! Lucky for Pat, she already knew that she could relax with the expert help of Two Men & A Vacuum.

Upon arrival, the first thing that Two Men & A Vacuum did was to survey the situation with their masterminds. They began by tackling the kitchen with lightning speed!

They cleaned up all the appliances – including the range, splattered with butter, and the oven, which had seen any number of pies (not to mention the turkey itself) – with the use of their environmentally friendly cleaning solution.

Castile soap and water to the rescue with Two Men & A Vacuum!

They next began work on the sink, where all the guests’ dishes and Pat’s pots and pans were sparkling clean in the astounding blink of an eye. Pat couldn’t believe it! The next thing she knew, all the counters were clean, the floor was gleaming, and the kitchen was looking like new. But the superhuman powers of Two Men & A Vacuum weren’t done yet.

They then went on to work on the living and dining room, where Pat knew some of the worst problems were – especially the food on the floor and the mud tracked in. The same tried and true green cleaning methods were applied, and Pat was amazed. Surfaces were wiped, the floor was vacuumed and mopped, and when Two Men & A Vacuum had finished, her home looked as though there had been no raucous family gathering to begin with. What an amazing feat! 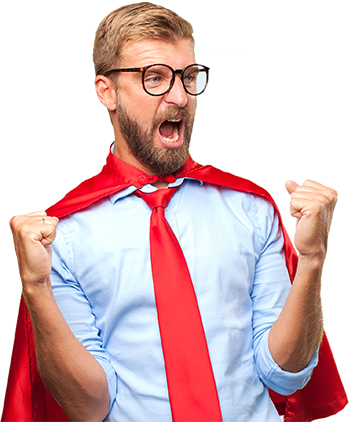